“1898, THE LAST OF THE PHILIPPINES” HAS ALREADY HIT THE BIG SCREEN

The film premiered on 2 December and was warmly received by moviegoers and critics alike.

Enrique Cerezo’s production company, in conjunction with Manila Producciones A.I.E. and C.I.P.I Cinematográfica S.L., has brought to cinemas an historical moment that marked a before and after in Spanish history.
”1898, The Last of the Philippines” is a reflection of Spain when it was “the empire on which the sun never sets”, a phrase associated by some with the Golden Age, albeit in decline, when the whole empire collapsed due to the loss of its last colonies.

Based on actual events, the film tells the story of a number of Spanish soldiers who holed up in a church in Baler in an effort to resist 400 rebels from the island of San Luis de Tolosa.

They spent more than a year in the church, defending land they believed to be theirs when the fact of the matter was that it had already been surrendered to the Americans, who were responsible for the loss of hegemony.
It is not the first time that this unlikely event has been told on film. The original film was made in 1945 by Antonio Román and was a major success in what was then post-war Spain.

This new version is directed by Salvador Calvo, known for his work as a television producer. Luis Tosar stars as the leader of the squadron of Spanish soldiers.
The rest of the cast is made up of many other well-known Spanish actors such as Karra Elajade, Álvaro Cervantes, Javier Gutiérrez, Eduard Fernández, Ciro Miró, Carlos Hipólito and Miguel Herrán.

The film, which will premiere on 2 December, has the support of TVE, 13 TV, the Autonomous Government of the Canary Islands and the ICAA and will be distributed by Sony Pictures Releasing España. 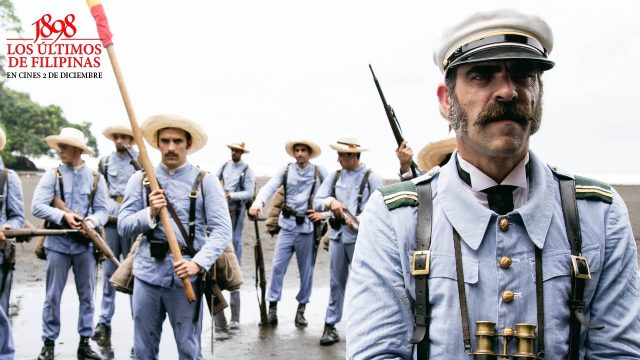